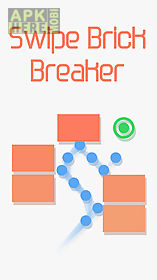 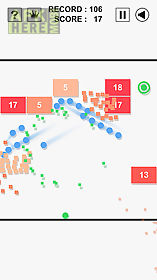 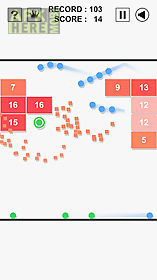 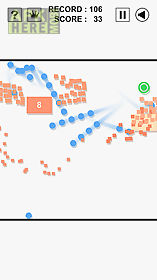 Swipe brick breaker game for android description: Destroy blocks that appear on the screen by shooting small balls into them.
Swipe the screen to aim the balls.
In this game for android you can destroy many blocks with one swipe of a finger.
Swipe the screen to shoot several balls.
The number of balls will increase if you get into the green ring on the play field.
The balls will bounce off walls and blocks.
Each block has a number indicating its durability and when it drops to 0 it gets destroyed.
Game features: minimalistic graphicssimple contr
Download Android 2.3+ Swipe brick breaker.apk | 20MB