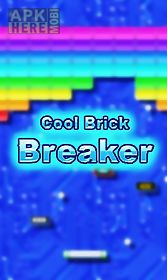 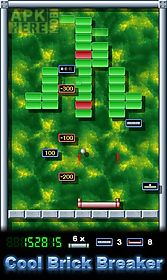 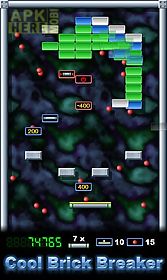 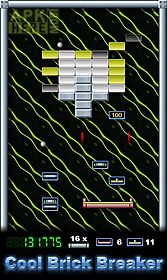 Cool brick breaker game for android description: Destroy the blocks with a ball bouncing of the moving platform.
Classic retro game on android where you need to destroy as many blocks as you can.
You control the horizontal movement of a platform on the bottom of the screen.
Use it to bounce the ball that destroys the blocks.
To get more points use different bonuses like faster or slower ball movement additional lives and other.
Game features: great graphicsmany levelsdifferent bonuses
Download Android 2.3.5+ Cool brick breaker.apk | 6MB