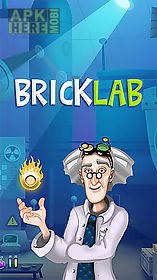 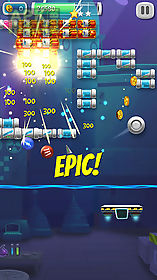 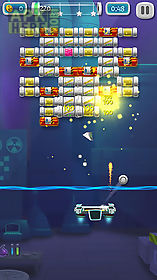 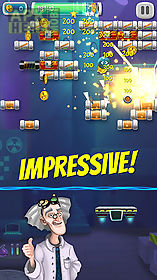 Brick breaker lab game for android description: Return high technological balls with the help of a moving platform.
Use the balls to destroy blocks which filled the screen.
Rescue the laboratory of a brilliant scientist from artificial intelligence in this android game.
Machine intelligence controls many blocks having unique properties.
You must destroy these blocks with the help of balls and a platform.
Try to return the ball in such a way that you can destroy maximum blocks at one time.
Dont let the ball fall.
Use a meteor a gun and other power ups.
Game features: many insane levelsincredible power upshigh scorehandy system of controlshigh quality effects
Download Android 4.1+ Brick breaker lab.apk | 30MB