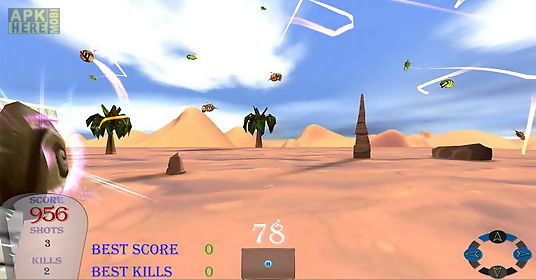 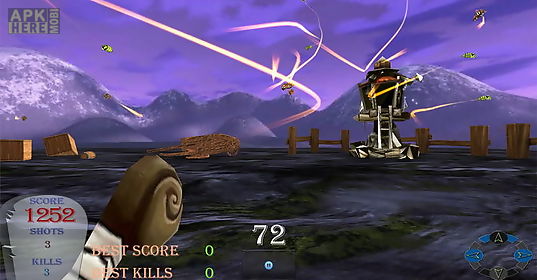 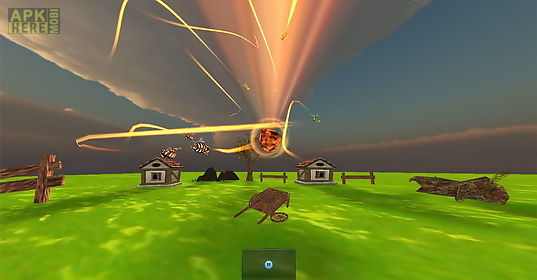 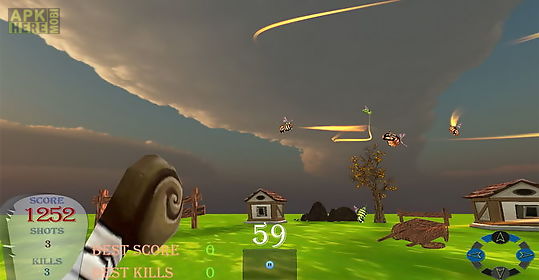 Zombie elemental hunter game for android description: Are you scared of bees? Do you fear zombies? Then.......
Watch out for the zombees!!
The zombees are increasing every day becoming more and more of a threat for the whole world.
Most of the mages fighting against them have already been killed and you the youngest apprentice are one of the few left alive.
You are our last hope!
Fight and kill as many zombee as you can to help humanity to survive!
Learn to master all the four schools of magic.
Each of them will play differently giving you a lot of variety in how you prefer killing the zombees.
Climb the online leaderboards and unlock all 13 achievements to show that you truly are a great mage.
Tap on the screen to shoot at the zombees use the pad to rotate the camera.
4 different enemies to kill3 different locations to fight in.
4 different magic spells to master each with its pros and consrealistic physics: air spells will bounce on surfaces water and fire spells are affected by gravity.
2 different game
Download Android 2.1+ Zombie elemental hunter.apk | 19MB 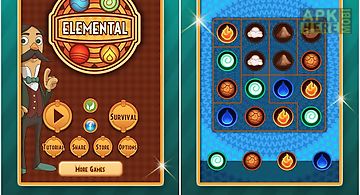