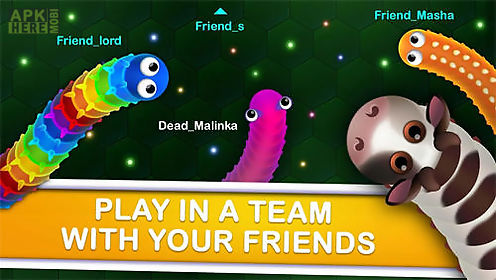 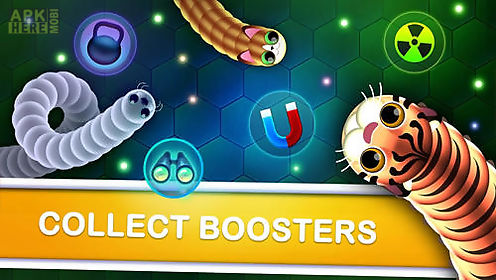 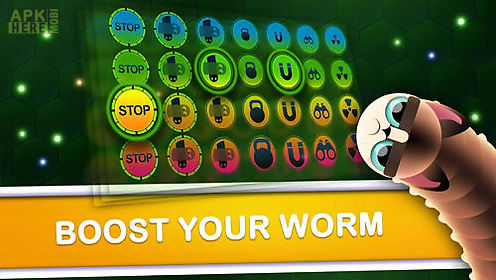 Wormax.io game for android description: Control the movement of a worm.
Pick up food to increase length and weight of your worm.
Apply various power ups.
Trust your reflexes and attentivess in this android game.
Grow the biggest worm and become a champion.
Train in a single mode fighting against computer opponents.
Challenge players from all over the world.
Pick up useful bonuses such as a food magnet and other.
Avoid meeting big worms.
Use 3 unique abilities.
Destroy worms of your opponents.
Game features: funny worms2 game modesunique abilities of a wormmany power upshigh scoreplay with friendsthe game requires an internet connection
Download Android 4.1+ Wormax.io.apk | 17MB 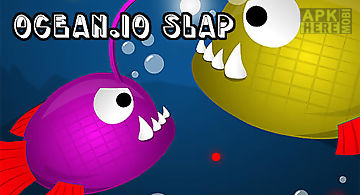 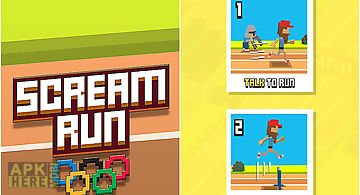 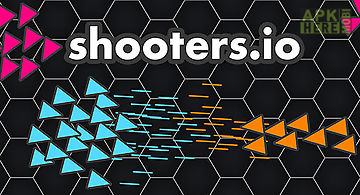