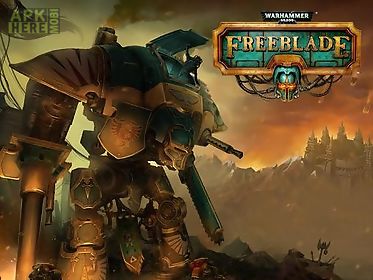 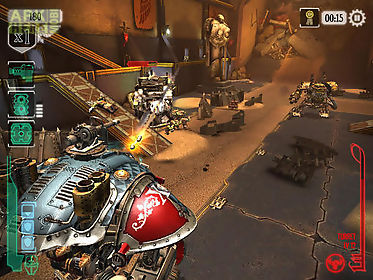 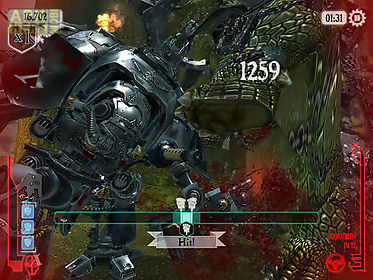 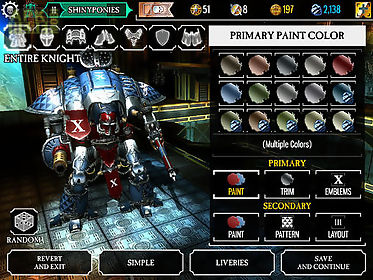 Warhammer 40000: freeblade game for android description: Control a huge battle robot with a variety of weapons.
Destroy hordes of enemies and defend your world.
This android game will take you into the murky world of perpetual war.
The main character an imperial knight must protect the planet from the forces of chaos.
Help the hero fulfill his duty to humanity.
Move a huge robot along a battlefield.
Slice enemies with a sword and shoot them from different weapons.
Upgrade your robot in the hangar changing its characteristics weapons and appearance.
Game features: great graphics and soundover 170 missionsdifferent weaponsepic battles
Download Android 4.0.3+ Warhammer 40000: freeblade.apk | 44MB 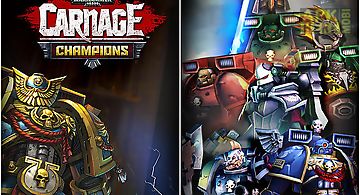 Warhammer 40000: carnage champio..
Take an invincible champion through many battles against crowds of enemies. Cut the enemy with a chain sword or shoot at them. This android game will take .. 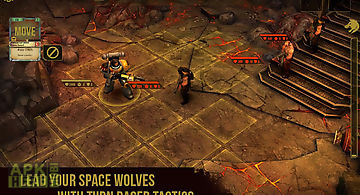 Warhammer 40,000: space wolf
Lead the sons of russ into battle and slash your way through hordes of ferocious enemies with boltgun fire and chainsword teeth. Write your own saga in the..