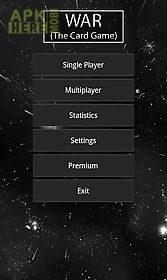 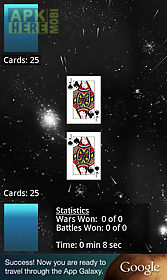 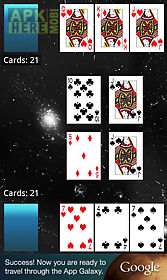 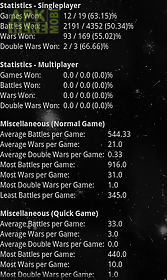 War (card game) game for android description: Looking for a simple card game to play? It doesn 39 t get much more simple than war!
Features and rules below.
Features quick game option for single player (26 cards instead of 52).
Multiplayer via bluetooth!
It felt like it would be difficult for two people to share a little phone screen.
Easy controls!
All you have to do is tap the screen anywhere to play.
Auto shuffle at the beginning of the game and every 100 battles.
You can also manually shuffle whenever you want.
Auto save for single player.
Auto finish option available for single player.
Uses system wallpaper.
This means that if a live wallpaper is set you will see it in the background animated in all of it 39 s glory!
In game statistics (lower right corner) app2sd support for froyo (android - 2) and later.
Premium features (0.
99 usd) premium status can be purchased through the application.
Various settings available to premium members.
Settings can be viewed in the game (see screenshot).
Statistics will be recorded upon completion of a successful game.
Ability to do a quick game in multiplayer (if both players have premium status).
Removal of ads.
The game is fully functional without premium status so if you don 39 t want it you do not need to pay for it.
However this game is ad supported for those without premium status.
Tablet support war should work on tablets.
Larger graphics have been added and card movement is slightly faster.
Game rules each player draws one card.
The player with the larger valued card wins both cards.
If they are the same value then a war occurs in which three cards are placed on the table.
Then one card is drawn the person with the higher valued card wins the war (all of the cards on the table).
Aces are high and suite does not matter.
The game will handle double wars by triggering another war ontop of the current one however triple wars will not happen.
If a triple war triggers then every card on the table is added together for each playe
Download Android 2.1+ War (card game).apk | 2MB 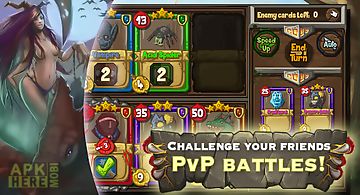 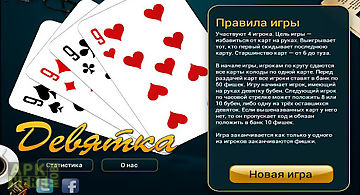 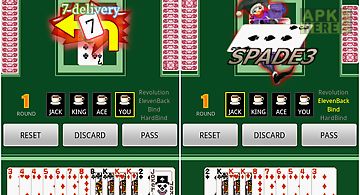 The card game millionaire
It is a game similar to the president the great dalmuti tichu ti n l n arschloch (winner) (dou dizhu) d(big two). You win if you fastest put all cards out... 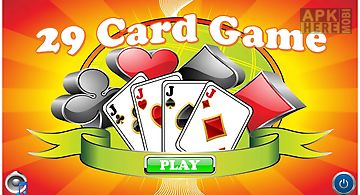 29 card game
This is one of a group of south asian trick taking games in which the jack and the nine are the highest cards in every suit. It is almost certain that they.. 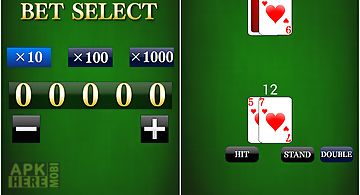 Blackjack [card game]
Card game of blackjack. Blackjack is a relatively simple rules in the card game but it is profound game. Please play by all means. Blackjack rulesthe goalw.. 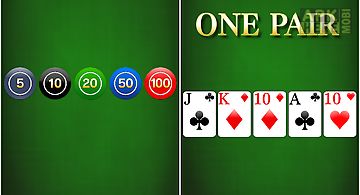 Poker [card game]
This is a poker game. Poker is popular card game from the old days. This app is a simple poker to play with ease. By all means please try to play. Rules of.. 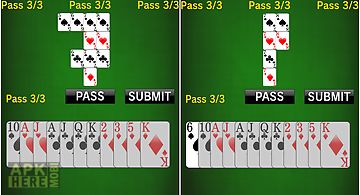 Sevens [card game]
This app is sevens of the card game. Although is a game of simple rules that go out in order playing cards by sevens the game is profound. Please try to pl.. 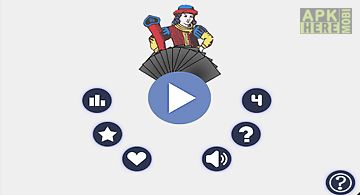 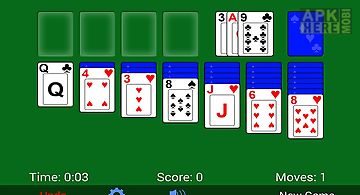 Solitaire - card game
solitaire free card game is the best solitaire card game on android! If you like windows solitaire youre going to love this app! Weve always strived to st.. 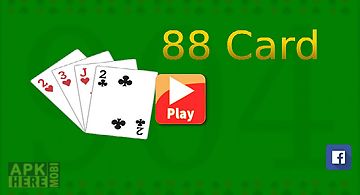 88 card game
This is one of south indian trick taking card game in which the two and the three are the highest cards in every suit. Classic name of this game is 90- thi.. 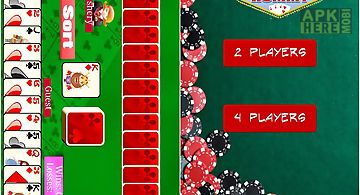