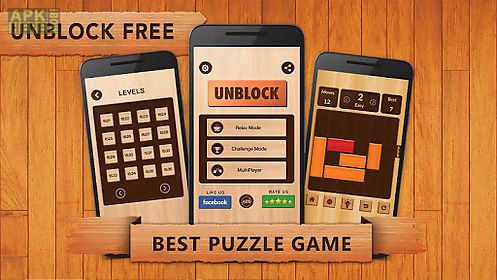 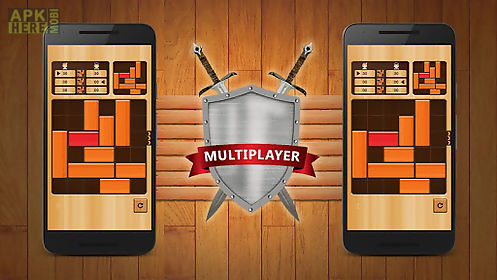 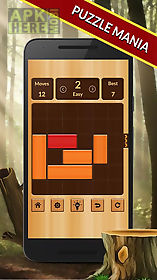 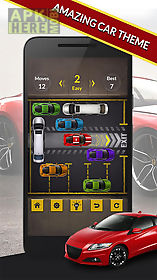 Unblock free- best puzzle game game for android description: Are you having a boring lesson at school? Or getting bored at work? ? No matter what the reasons are have fun with our unblock game.
It s an addictive block puzzle game.
It is not a surprise that many people are spending their time playing our entertaining block games.
Here you can experience a huge number of exciting puzzles.
Quot unblock me free or red block puzzleis a simple and addictive sliding block puzzle game.
The goal is to unblock the red block out of the board by sliding the other blocks out of the way.
This is the best addictive puzzle game to boost up your mind with more than 10 000 classic red block puzzles to solve.
Unblock free helps you to train your brain and keep you mentally fit with various unblock puzzles.
This addictive puzzle game is for kids and adults of all ages play by yourself or challenge your buddies and compare your moves.
No matter in which part of the world you are now just install our wood block puzzle game and start having the fun.
How to play: horizontal blocks can be moved only side wards vertical blocks can be moved up and down move the red block to the exit.
Beautiful themes: play the most beautiful block game ever with our exciting themes.
Choose your favorite theme among wood slide puzzle theme shiny marble or car puzzle parking theme to solve the puzzlesthousands of exciting puzzles: get an overwhelming experience with hundreds of hours of gameplay with more than 10000 plus red block puzzles with different set of difficulty levels from easy to expertyour progress meter: keep track of your statistics achievements and leaderboards and completion percentage for each level!
Haven 39 t had a good run for some time? You can always reset it and start it all new again at any time!
Free interactive hints: stuck on a level? ? Don 39 t worry!!
We got you free hints for the completion of difficult levels!
No timers no limited moves.
Just pure endless funkey features: multiplayer mode thousands of interesting puzzles
Download Android 4.0.3+ Unblock free- best puzzle game.apk | 14MB