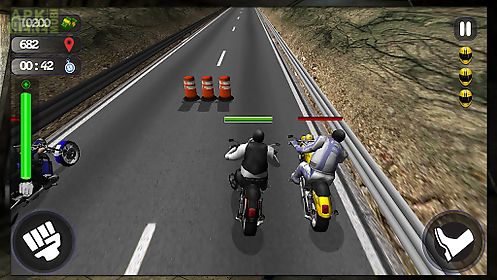 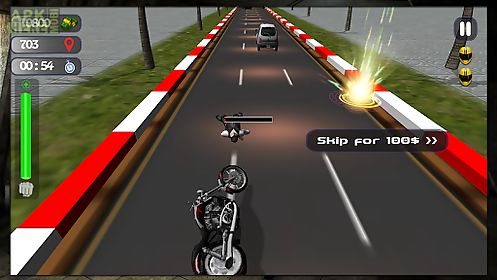 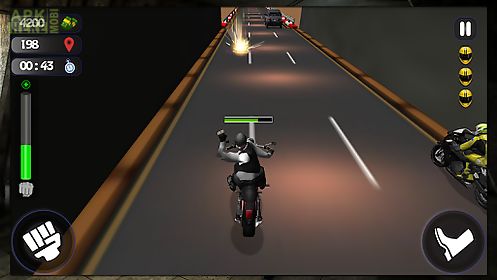 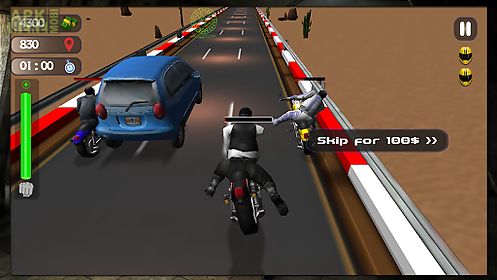 Traffic attack rider game for android description: Get your helmet on and get ready to land in to the empire of heavy moto bikes.
Traffic attack rider bike racing game includes extreme bike racing bike attack and moto bike stunts features for bike game lovers.
Prepare yourself for a real war game with other gang moto bikers and whoever stay longer on road will be a real hero and king of the moto kingdom.
This motorcycle game is endless game where you can buy new bikes among most modern sports bikes based on score you achieve at each stage while attacking your enemy bikers with your punch kicks while maintaining fast speed of your death bike.
It s not a dirt bike racing game or uphill bike racing but instead you have to prove your top motor racing driver skills while driving the motorcycles among busy streets of the city against your bike rivals to prove yourself a best biker on the eve of the new year 201- you must be a crazy bike rider to win this marvel challenging racing game i.
E.
Traffic attack rider by smashing the gangsters of the town with your kick punch and bike ride to dodge your enemy bike riders who are coming to attack and let you down in a deadly road accident with cars so timed your kick shooting punch shooting and bike jump to flick fly accurately to get down your enemy in a most dashing way in this war with road gorillas of gangster city.
This bike stunt and attack game is anticipated to be most wanted bike racing game of modern era.
Heavy sports bike used in game are equipped with turbo engines hydraulic brakes so you should have solid controls of the bike and make sure you got enough gasoline in each stage of the game to control shoot gangsters.
In this bike stunt game you must rush your bike fast enough on road highways subway and tunnels to be a road champion of the city by thrashing your opponent bikers while escaping heavy traffic like cars trucks jeeps etc.
To entitle for best moto race driver.
Don t forget that your core role is to chase das
Download Android 2.3+ Traffic attack rider.apk from Google play 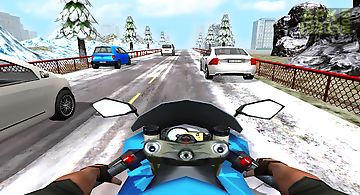 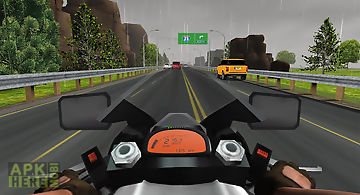 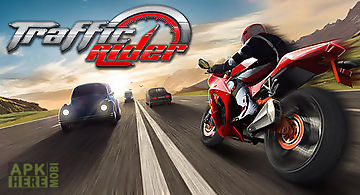 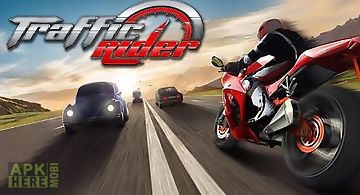 Traffic rider
Accelerate your motorcycle and ride around busy tracks full of various cars. Overtake cars and earn points. Speed across endless highways of this game for .. 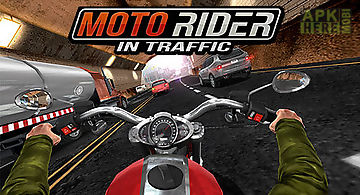 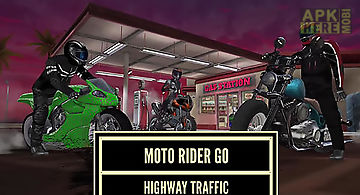 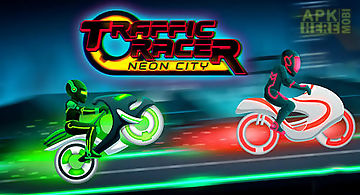 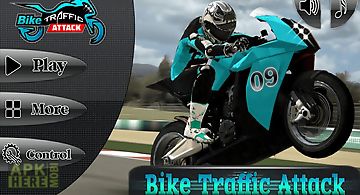 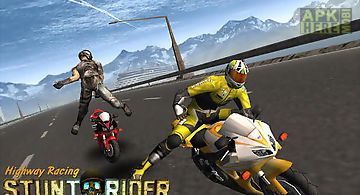 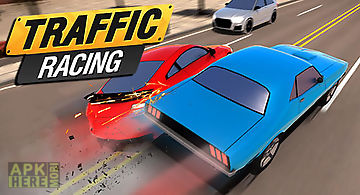 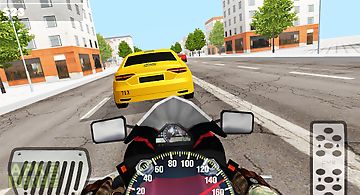 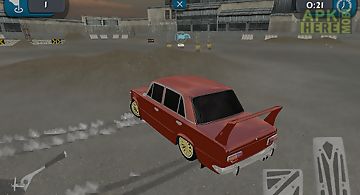