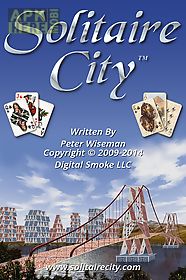 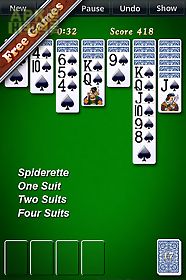 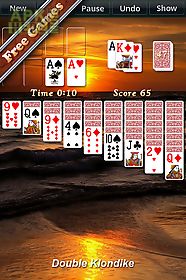 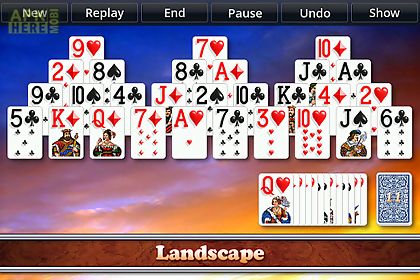 Solitaire city game for android description: Solitaire city is a collection of your favorite solitaire (patience) card games such as klondike spider freecell yukon pyramid and many more.
It is optimized to look and play great on both phones and tablets taking full advantage of any size screen even full hd devices.
If you 39 re a solitare fan then you have to try solitaire city!
This download is completely free and contains four games from the full version klondike (patience or classic solitare) double klondike spiderette and yukon.
The other games are available as a single in app purchase.
Unfamiliar with a particular solitaire game? No problem a unique training system is included that teaches you the game rules and points out valid moves as you play.
No more confusing rules to read learn as you play!
Solitaire city is famous for its addictive timed scoring system which results in countless battles trying to beat the scores of players from all around the world and see your name in lights.
Google play games technology provides the means to view everyone 39 s scores via online leaderboards.
If you can 39 t compete in the big leagues then create a list of friends and view each other s scores on your own private leaderboards.
Solitaire city works on all android devices and adjusts its graphics to suit phones and tablets from small low resolution screens to full high definition tablets.
You can rest assured that solitaire city will take advantage of the latest technology when it 39 s available.
Flip your device to play in either portrait or landscape orientations and customize the game 39 s cards background graphics and sound effects to suit your tastes.
Free solitaire games klondike deal 1 deal 3 and vegas rules(also known as classic solitaire or patience) double klondike deal 1 and deal 3 spiderette one two and four suits yukon (3 variations)in app purchaseupgrade to solitaire city deluxe with a single in app purchase and enjoy the following games too: spider one two and four suits
Download Android 2.3+ Solitaire city.apk | 40MB 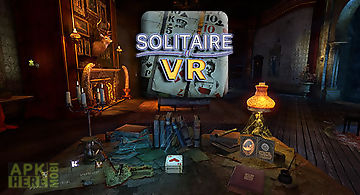