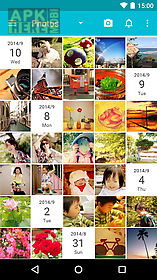 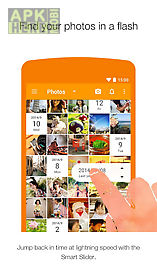 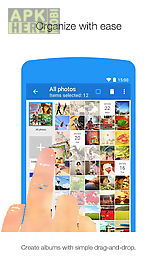 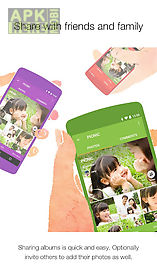 Scene: organize & share photos app for android description: Over 2 million users love scene: the best app for organizing and sharing your photos.
One of google s best apps of 2014 and 2015 in japan.
Scene s features snappy photo browsing super fast simple design photos arranged by date find past photos easily with calendar view and smart slider your entire collection at your fingertips intuitive organizing sort your photos into albums quickly and easily create unlimited albums add captions to photos up to 1 000 photos per album share on your terms share albums privately with friends and family invite friends and family to collaborate by adding their own photos share with anyone even if they don t have scene (or are on pc or feature phone) share albums to facebook twitter and more scene can handle your entire library use scene connect for pc or mac to import photos from your computer or sd cards organize and view your digital camera shots with scene on your android device scene connect requires a registered scene account scene is great for when you have so many photos you can t find what you re looking for you want to organize your photos quickly and easily you re on vacation with friends or family and want to share pics you ve got hundreds of photos from an event and want an easy way to share them with everyone who attended saving photos one by one from your friends emails or chats is a pain scene to the rescue!
You want to share photos privately but aren t 100 sure about facebook s privacy settings you ve got photos of your hobbies and want to share them with the world you want to share photos of your kids with your extended family
Download Android 4.0+ Scene: organize & share photos.apk | 11MB 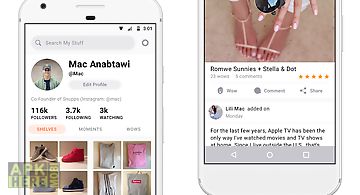 Snupps: collect organize share
Snupps makes it incredibly easy to organize and socialize around the stuff you own and cherish. Just snap upload images add optional details and store item.. 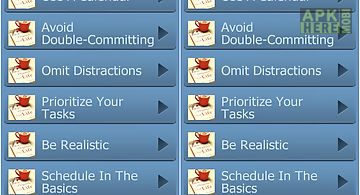 Organize yourself
Do you have a problem with organizing yourself? Do you need to have some consultant app on your phone? So there is what you need! You could easily learn to.. 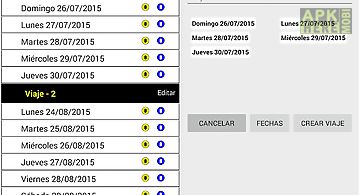 Blabla organize
Blabla organize is an app created for drivers bla bla car users and allows them to keep track of all trips and journeys made. Its main features are: creati.. 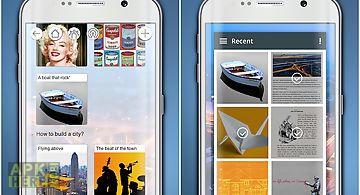 Pearltrees - organize anything
Save bookmarks documents files ebooks pdf photos notes and more. Organize them into beautiful collections. Explore and share millions of contents on your f.. 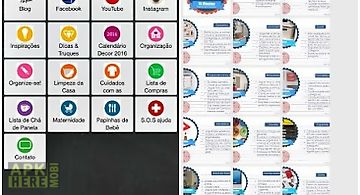 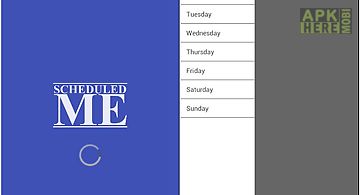 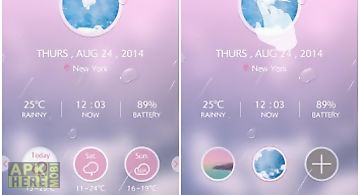 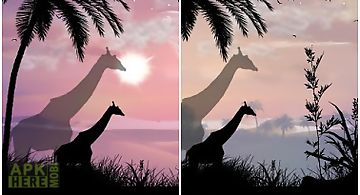 African scene lite
have you ever been in africa? Did you ever feel the hot sun burning your skin? Can you imagine meeting a giraffe or a gnu or all the other typical wild an.. 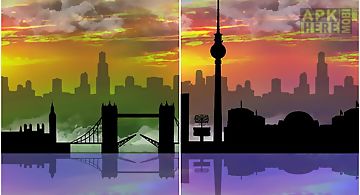 Skyline scene lite
Visit berlin london madrid moscow paris or even venice. Our app skyline scene shows you the skyline of 18 famous cities from all over the world. You will s.. 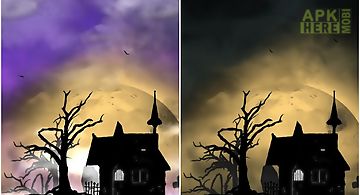 Midnight scene lite
The app midnight scene is for all lovers of the night and gothic. The full version of that animated live wallpaper comes with a cottage of a witch and a da.. 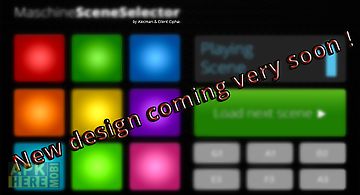 Maschine scene selector free
This app does not play audio itself. Try my other standalone apps. Annoyed of interrupting your flow of playing maschine when selecting another scene? Here.. 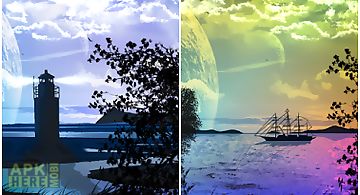