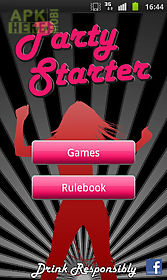 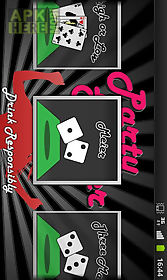 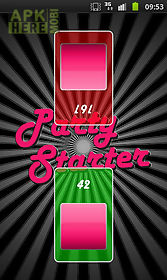 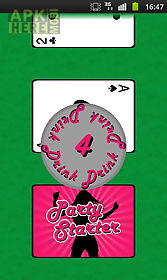 Party starter (drinking games) game for android description: Party starter is just what you need to get your party started whether you 39 re drinking beer or shots.
It comes with interactive playable drinking games most of them customizable and a rulebook with some of the best drinking games for those who can 39 t get enough.
You might be familiar with some of the popular games included such as high or low or king 39 s cup.
This party collection also include drinking games which can 39 t be played with regular cards or dice.
Party starter includes the following interactive games: across the bridge countdown high or low king 39 s cup (also known as kings waterfall ring of fire circle of death) kings: custom make your own game modes meier (also known as mia) sixes three man (3 man) all of this is a must have for any university college student if you want to get drunk.
The rulebook includes a full featured search function so you can find the games you 39 re looking for easily.
Don 39 t know what you 39 re looking for? Simply use the filters and you will find a game which fits your current party situation!
The categories include: card games coin games coordination games dice games endurance games luck games skill games and more.
Some of the games included in the rulebook: beer roulette beer pong super bowl finger it kings and blood sixes buffalo viking beer relay black or red quarters catch the pig flip cup indian poker pyramid go fishplease send any suggestions bugs and feedback to partystarterapp disclaimer: this application is intended for audiences of legal drinking age and for entertainment purposes only.
Drink responsibly.
Terms of use: this application collects anonymous usage statistics to helpimprove the application.
This can at any time be disabled in the settings menu.
Download Android 2.3+ Party starter (drinking games).apk | 4MB 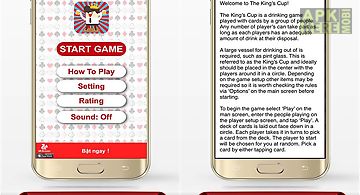 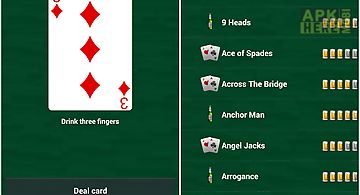 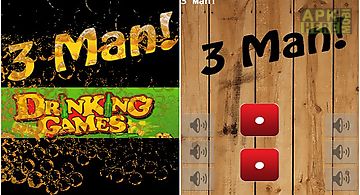 3 man drinking dice game
For all those who think they can keep up with drinking games this one is for you. This is three man passed on from alcoholic to alcoholic for quite a few y.. 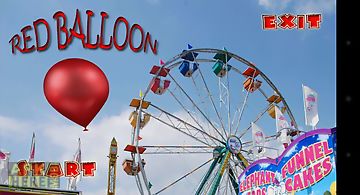 The red balloon party
A simple game for kids one touch system get the red balloons! ! Be faster than the balloons and win! ! 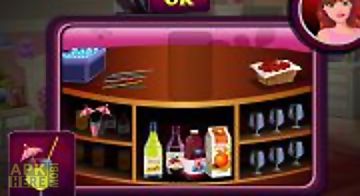 The saturday night home party
You are about to throw the party of the year! Your basketball teammates childhood friends and high school hotties are coming to your home party this saturd.. 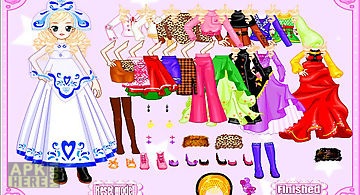 Dress up party games
Jess is really a hottie and she is invited to a big party a few days later. Whats more theres gonna be some super stars there atending the party. Jess is v.. 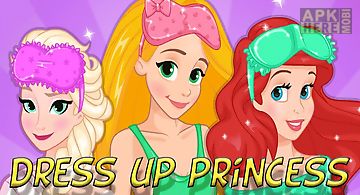 Dress up princess on pajama part..
Near the weekend and girlfriend princess elsa rapunzel and ariel decided to get together and have a pajama party. Help the princess to choose the right out.. 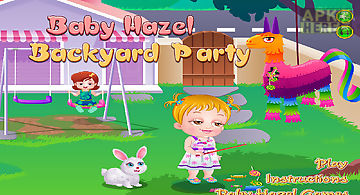 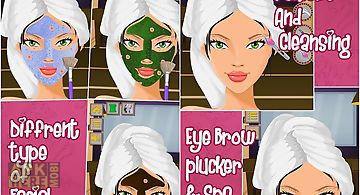 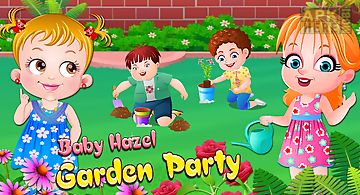 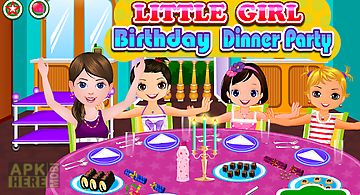 Birthday party girl games
Hi how are you today? Would you like to attend a birthday party? Sure you like this kind of party and you are very excited when you 39 re invited to party .. 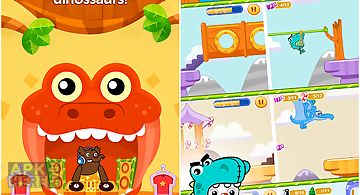