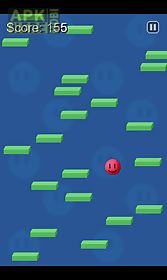 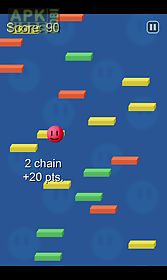 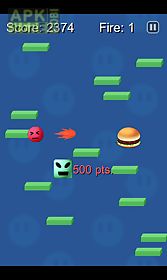 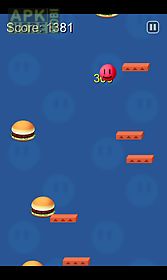 Papi jump game for android description: Papijump is a simple but addictive jumping action game!
Mr.
Papi (red ball guy) wants to go up higher is jumping eternally.
Tilt the device to move him left and right.
Note that the left side of the screen is connected with the right side (except for level right).
This app contains the following 10 levels!
(Higher levels are unlocked by scores): normal fall enemy right trampoline down right+enemy colors enemy2 fall+enemy-
Download Android 1.5+ Papi jump.apk | 3MB 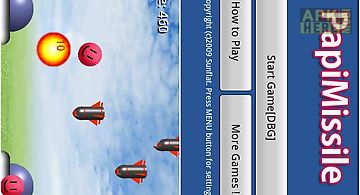 Papi missile
Omg! Many enemy missiles are falling down to the papi town. This is a shooting action game. Slide your finger from a military base to launch mr. Papi (red .. 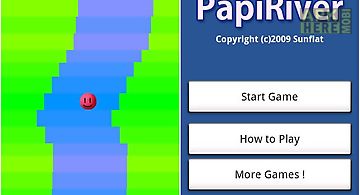 Papi river
Mr. Papi (red ball guy) is going down a river. Tilt your device to left and right to lead him along the river! If he hits the bank of the river he is pushe.. 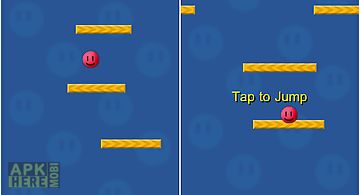 Papi step
You control mr. Papi (red ball guy) to go up higher. All you have to do is tap anywhere to jump! Platforms are moving left or right automatically and you s.. 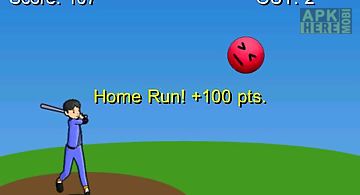 Papi batting
You play baseball with mr. Papi (red ball guy)! Tap the batter for swing. You should hit a ball timely to get more score. When a ball comes over the batter.. 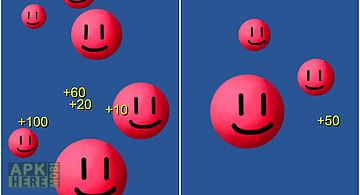 Papi tap
Omg! Too many papis (red ball guys) drop down from the sky. Tap papis to keep them on the screen. Every time you tap papi he becomes smaller and you get mo.. 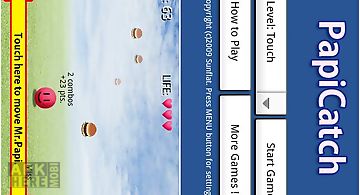 Papi catch
Move mr. Papi and let him eat more hamburgers! Touch the bottom of the screen (by default) to move him left and right. If he gets hamburgers continuously w.. 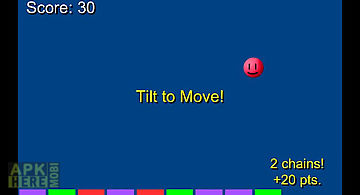 Papi hop
Mr. Papi (red ball guy) is jumping on platforms to get scores. Tilt the device left and right to control him. If he jumps on the same color platforms conti.. 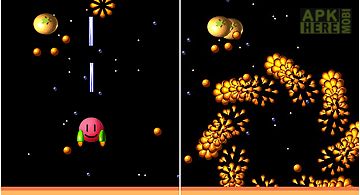 Papi orange
The earth has been attacked by strange orange creatures! This is a classic 2d shooter. Slide your finger anywhere on the screen to move mr. Papi so that he.. 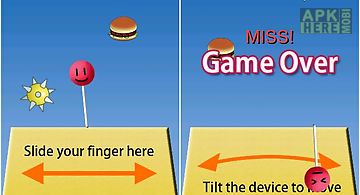 Papi pole
Papipole is an eccentric action game. Mr. Papi is on the top of the stick. To move the bottom of the stick slide your finger on the screen to left and righ.. 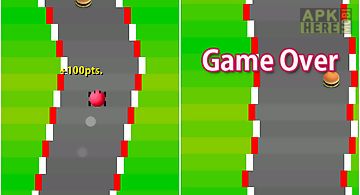 Papi drive
Mr. Papi drives his smiley car to get more hamburgers! Tilt the device left and right to move the car. When the car gets a hamburger you get bonus 100 poin.. 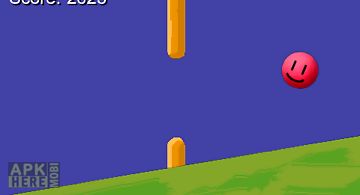 Papi wall
Mr. Papi (red ball guy) is rolling down a dangerous hill where many walls sprout out. Tap the screen anywhere to jump timely and avoid the walls! This game..