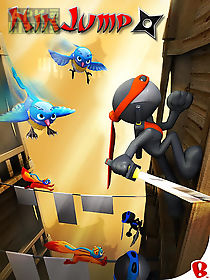 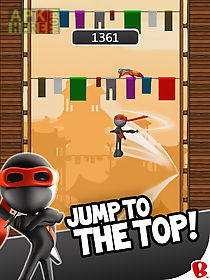 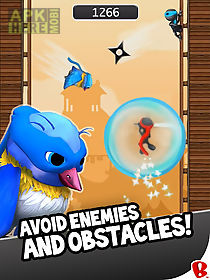 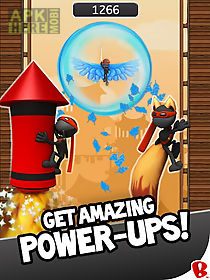 Ninjump game for android description: Climb ninja climb!
In this fast paced ninja running game your goal is to climb as high as you can while avoiding evil squirrels dive bombing birds enemy ninjas throwing stars exploding bombs more!
Effortlessly scale the side of buildings with ninja agility.
Tap to jump from one wall to the other slashing enemies in your way.
Hit three matching enemies in a row for a bonus power up boost.
Grab shields for protection.
Watch out for obstacles ledges.
Stay alive!
With over 100 million downloads ninjump is one of the most popular mobile games of all time.
Accept no substitutes!
Professional reviews you really need to give ninjump a try toucharcade ninjump is a game that 39 s well worth playing gamezebo there s no reason not to give ninjump a go slidetoplaygame features amazing power up boosts!
Ninjas throwing stars bombs various enemies obstacles intuitive tap controls endless ninja fun install ninjump today.
It 39 s free!
Ninjump is brought to you by backflip studios makers of absurdly fun mobile games like paper toss dragonvale spellfall army of darkness defense more.
Search the google play store for backflip studios to see all our games.
Follow backflipstudios on twitter for game announcements and other updates.
Download Android 4.0.3+ Ninjump.apk | 18MB 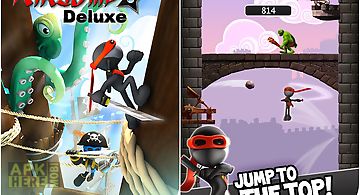 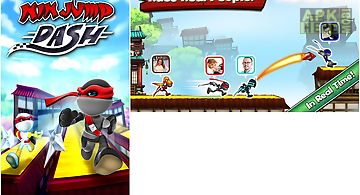