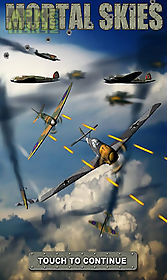 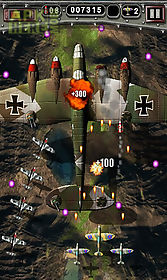 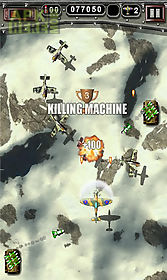 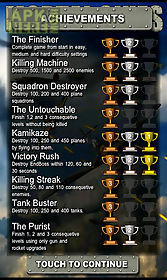 Mortal skies - free game for android description: 1944 you are one of the last pilots to stop an invading hostile superpower.
Will you succeed to destroy them and turn the tide of world war 2 ? Mortal skies is a classic shoot em up arcade action game with action packed gameplay and awesome graphics.
Discover this fast paced 2d shooter with hours even days of fun.
Collecting all achievements will keep you challenged to unlock extra planes.
Features: 3d rendered planes to fly with like the awesome spitfire and other ww2 warbirds earn xp to improve your plane 39 s settings (speed bullitpower armor and bonusses).
7 big levels across varied environments like canyons snow and more.
Huge diverse endbosses including bombers choppers and even a one on one dogfight with an angry enemy top fighter pilot.
10 weapon upgrades powerups including minigun megabomb wingman carpetbomb and reflective shield (reflects hostile bullits and absorbs rockets) and more.
Awesome achievement missions: earn bronze silver and gold cups for each of the 9 different achievement missions.
Different achievements require different gameplay tactics so you will be challenged to keep playing.
Unlock extra planes and an extra bonus level in which you will be given some really awesome firepower.
Openfeint integrated.
Submit your highscore and compete with other players worldwide to be the best mortal skies top ace pilot in the world.
Difficulty settings can be adjusted using a slider bar (100 different difficulty levels!
).
Increasing the difficulty will also increase the maximum available highscore.
So you will always be challenged to set that score.
Control your plane by using touch controls or accelerometer.
Suggested devices: high end: nexus ssamsung galaxysamsung galaxy ssamsung galaxy tabletmid range: htc desirehtc legendmytouch g2droid xdroid 2t mobile g2note : when experiencing problems please contact the developer before submitting a bad review we will do everything possible to resolve your problem.
Visit iphone games.
Be to get
Download Android 2.3.3+ Mortal skies - free.apk | 8MB 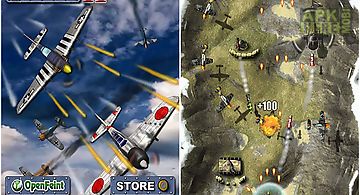 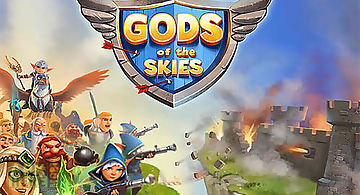 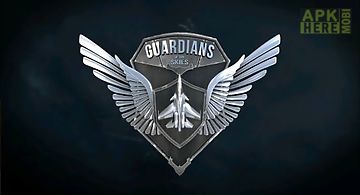 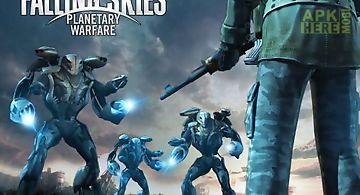 Falling skies: planetary warfare
A game based on the series with the same name where you will build your base and collect army to win planetary warfare fight for our planet. Features: choo.. 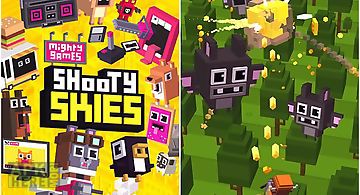 Shooty skies: arcade flyer
Fly unique aircraft and fly above amazing locations. Shoot enemies and avoid dangers. Demonstrate the speed of your reaction in this dynamic game for andro..

Pioneer skies: 3d racer
Travel the endless space. Unlock new planets and fly over them at huge speeds. Become the best racer of the known space in this game for android. Keep your.. 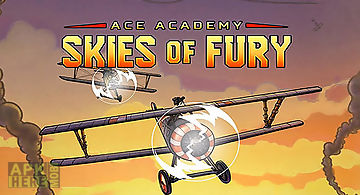 Ace academy: skies of fury
Fly a battle plane and take part in air battles of the world war i as a german or british pilot. Become a famous ace and try to survive in deadly dangerous.. 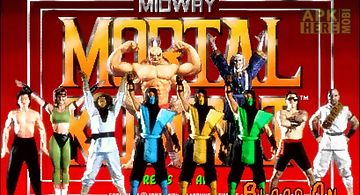 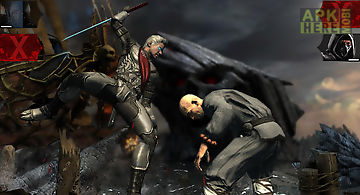 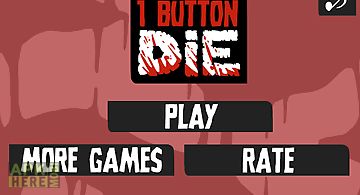 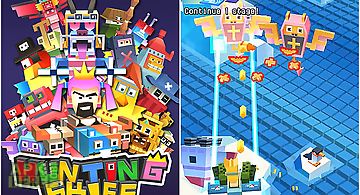