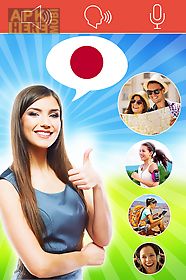 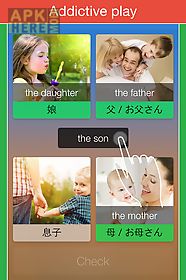 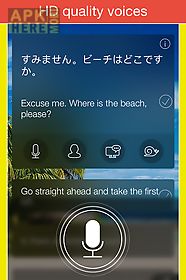 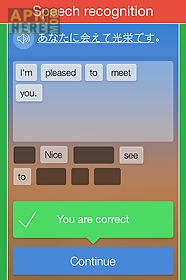 Learn japanese. speak japanese app for android description: Learn japanese with 5 minutes of practice daily.
Mondly is the quick fix that will teach you core japanese words and japanese phrases for conversation just like a phrasebook.
If you want to learn beyond the basics there are also japanese grammar lessons available.
It s even great for kids!
With mondly you can learn japanese sentences and expressions free with daily japanese language lessons online.
This app is the effective way for beginners to study verbs pronunciation and how to speak like a native with daily practice.
The secret path to language learningremember the japanese language classes in school? You started with hundreds of basic words and expressions continued with tons of japanese grammar lessons and at the end of a full semester s language course you could barely translate a sentence or say hello!
To a local.
Does it sound familiar? That s the traditional way to learn a language.
But it s not the fastest and not the most efficient way.
Mondly has a different approach that s opposite to the average language course.
This is how the future of language courses looks likethe app gets you started with a basic conversation between two people.
You quickly start memorizing core words use them to build sentences and phrases and at the end of a 45 minutes module you are able to reconstruct that conversation with your own voice.
It s an effective way to learn japanese phrases.
State of the art natural speech recognition and spaced repetition algorithms make the app effective for learning languages.
Here are the key features that make mondly a great tutor for you: crystal clear audio and professional voice actors.
Learn the right japanese pronunciation from conversations between native speakers.
State of the art speech recognition.
Mondly knows exactly how to listen to your japanese words and phrases.
You will only get a positive feedback if you speak japanese clearly and correctly.
This will improve your pronunciation.
Useful phrases for real
Download Android 1.9+ Learn japanese. speak japanese.apk | 31MB 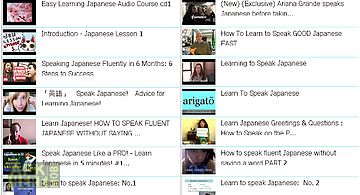 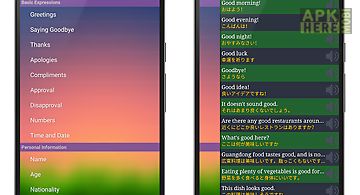 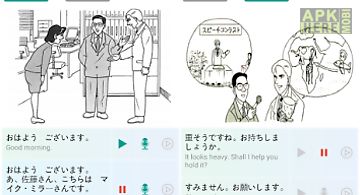 Speak japanese
practice intonation will help you confident and speak japanese fluently. You can practice alone or with another person in kaiwa (conversation)in speak jap.. 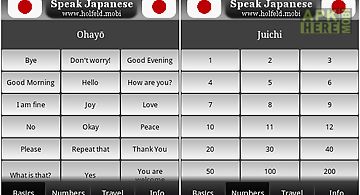 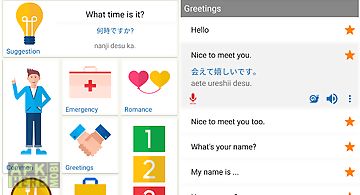 Learn japanese
learn japanese contains over 800 commonly used japanese phrases and vocabularies for travelers and ing this app you can learn from our japanese speaking p.. 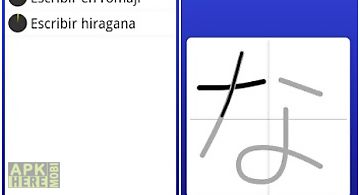 Hiragana - learn japanese
learn japanese hiragana in a few hours without effort with three types of exercises: drawing the hiragana with your finger on the screen choosing the righ.. 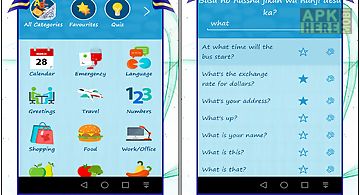 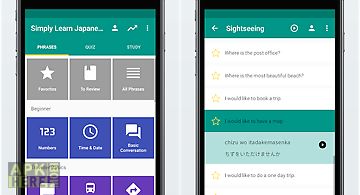 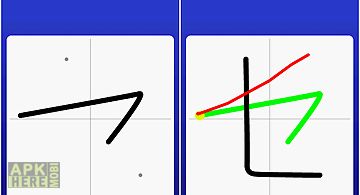 Katakana - learn japanese
Learn japanese katakana in a few hours without effort with three types of exercises: drawing the katakana with your finger on the screen choosing the right.. 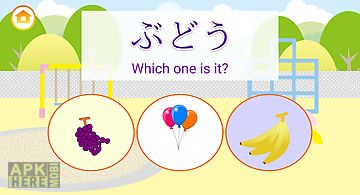 Learn japanese hiragana!
Perfect for those who want to learn basic japanese letters and words. It shows roma ji (alphabets) along with hiragana letters so you won 39 t get lost. Ve.. 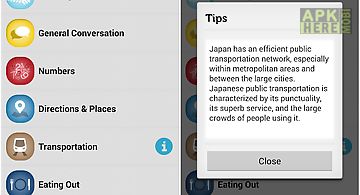 Learn japanese phrasebook
The most easy to use mobile phrasebook aims at tourists and business people visiting japan. Turn essential words and phrases into native voice which you ca.. 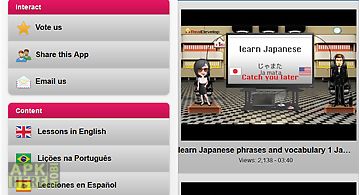