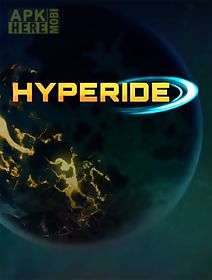 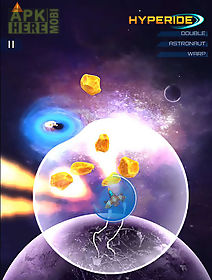 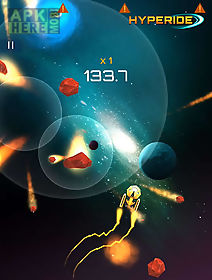 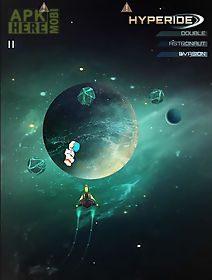 Hyperide game for android description: Fly a fast spaceship through an asteroid field.
Avoid dangerous objects and collect bonuses.
In this game for android youll explore the vastness of the universe.
Accelerate your ship to the insane speed and look in far corners of the galaxy.
Save astronauts in trouble.
Collect space crystals and other useful objects on the road.
Avoid collisions with asteroids and use energy shield in dangerous situations.
Unlock new ships and improve them.
Game features: 2 game modes600 absorbing missionsdifferent shipsuseful bonusesgood controls
Download Android 3.0+ Hyperide.apk | 35MB