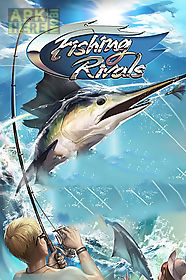 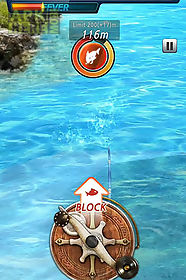 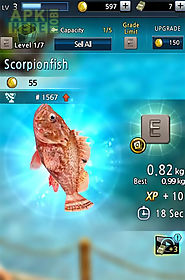 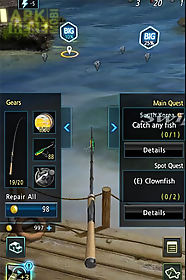 Fishing rivals: hook and catch game for android description: Take part in fishing championships.
Roll the fishing rod reel and get big fish out of water in order to get a prize.
Catch fish in picturesque lakes of this android game.
Throw bait into the water and wait the fish to take a bait.
Dont let the fish come off loosen and pull a fishing line.
Catch fish and take your trophies.
Participate in stages of the fishing championship impress other with your catch and set a record.
Increase your rating and compete with fishmen in different leagues.
Fill your aquarium.
Game features: excellent graphicshandy system of controlsvarious species of fishcompete with other players
Download Android 4.1+ Fishing rivals: hook and catch.apk | 40MB 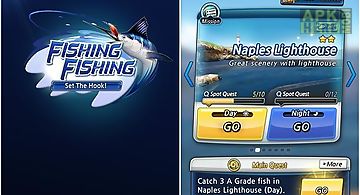 Fishing fishing: set the hook!
Go fishing and catch record fish. Buy professional fishing equipment. Fish in the most beautiful parts of the world in this game for android. Youll be able.. 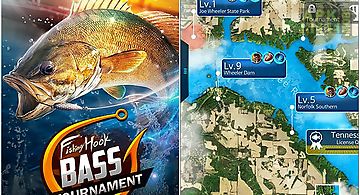 Fishing hook: bass tournament
Catch perch and other fish in picturesque locations. Throw the fishing rod into the river and strike in order to catsh the trophy. Become a professional fi.. 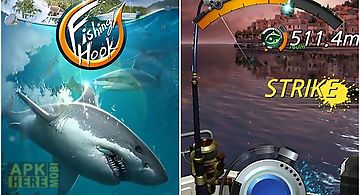 Fishing hook
Go on absorbing fishing in the most beautiful locations of the planet. Practice and catch a variety of fish up to huge sharks. In this game for android you.. 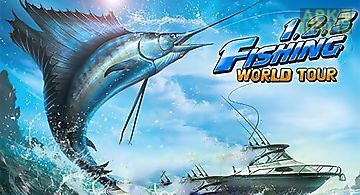 Fishing hero. 1, 2, 3 fishing: w..
Travel across picturesque places of our planet and fish in rough ocean waters getting valuable trophies. In this android game you have a chance to demonstr.. 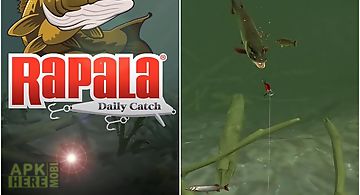 Rapala fishing: daily catch
Go fishing and visit the most picturesque corners of north america. Cast your spoon bait and reel it in. Take part in fishing tournaments in this game for .. 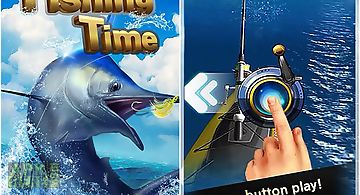 Fishing time 2016
Try your luck and skills fishing in the waters all over the world. Catch small and big fish. Go to faraway corners of the world hunting big fish in this an.. 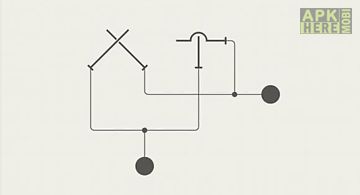 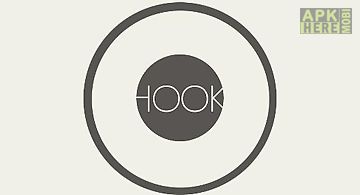 Hook
Untangle the intertwined black lines removing them one by one. Think about you actions to remove all the lines. Use your logic to solve interesting puzzles.. 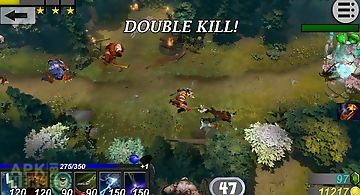 Hook pro
Test your hooking skills in this free game app! Defend the ancient by hooking your enemies. Just tap the screen and the hook will go flying up. Features mu.. 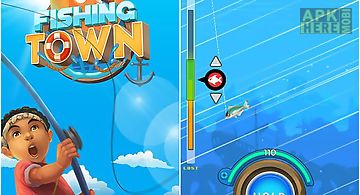 Fishing town
Catch fish in clear sea water and other water bodies. Use different tack and get the greatest catch. Join lucas and his father and go fishing. Be with them.. 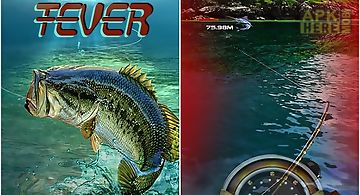 Fishing fever
Catch a variety of fish in beautiful parts of the world. Improve your fishing skills and try to catch huge and rare fish. Go fishing and relax with a fishi.. 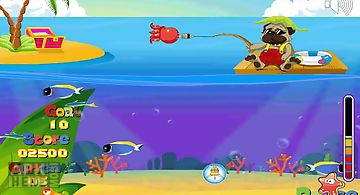