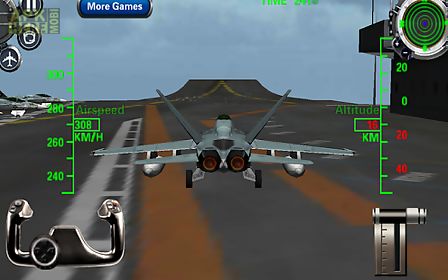 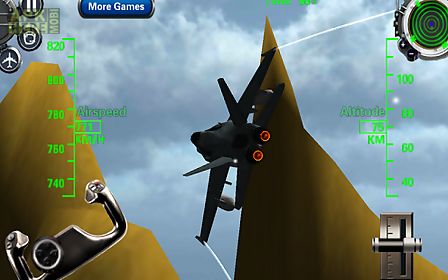 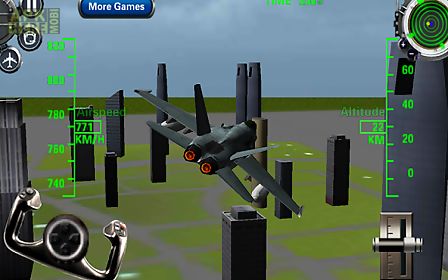 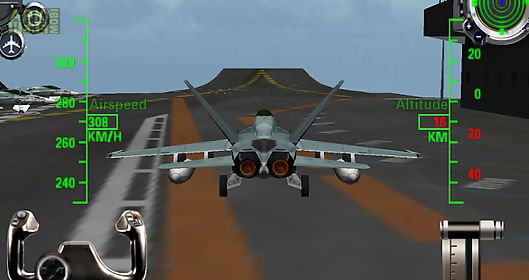 F18 3d fighter jet simulator game for android description: are you looking for a game in which you can fly an advanced jet fighter trough the skies.
Are you looking for a free fighter jet games that can teach you to fly like the best navy air force fighter plane pilots.
Learn how to land and take off your f18 fighter jet planefrom a carrier.
So if you think you have what it takes to fly an f18 jet fighter.
Here is your chance to get a taste o flying one of the most sophisticated aircrafts in the world.
If you accept this fighter plane challenge you need to clear all 20 missions successfully before you can call yourself a real fighter pilot.
Your challenge is to get through your basic fighter pilot training and put your pilot skills to the test on different mission where you will learn to push your f18 fighter jet to the limit of what it can take.
3d fighter jet simulator is a modern air combat plane simulator in which you as a fighter pilot can fly around in a f18 jet plane.
During the course of the game you as pilot have the opportunity to fly 20 missions.
Main controls: move the joystick right left up down to control the flight attitude of the fighter jet plane.
Use the throttle lever up down to accelerate decelerate (brake) the fighter plane.
Fine tune controls: the throttle lever can also be turned right left to fine tune the flight attitude of the plane during flying.
Touch the plane icon to change any flight attitudes of your plane during flying.
Navigation: you can read the navigation info on the radar screen to find the correct flight directions.
Change inflight view: by tapping the cockpit icon you can change view into the cockpit view.
From the cockpit there will be an arrow that indicate the correct directions.
Game objective: in each level you have a mission to accomplish for example you have to fly your plane trough the rings in the air or land your plane in the given parking point.
You have to accomplish the mission with a specifies time limit.
The more time left after completing the mission how bigger the me
Download Android 2.3+ F18 3d fighter jet simulator.apk | 27MB 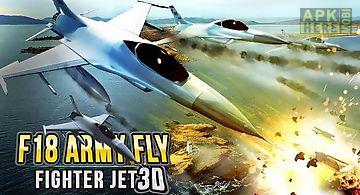 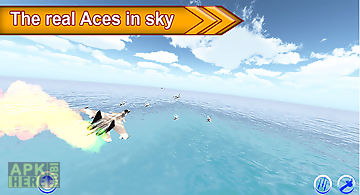 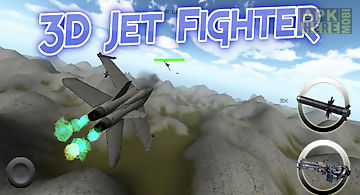 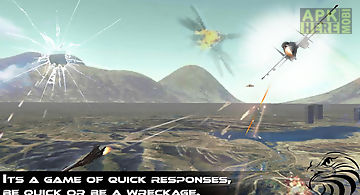 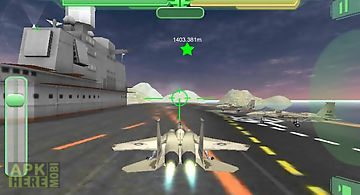 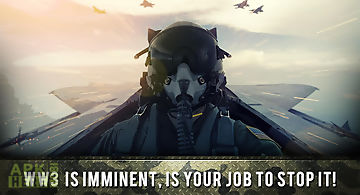 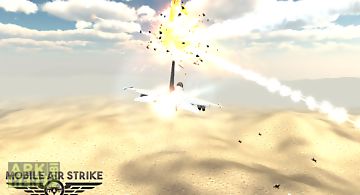