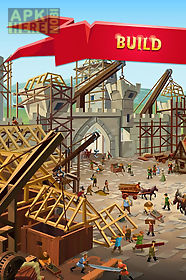 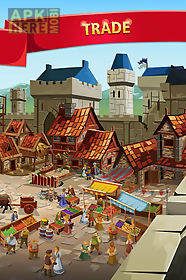 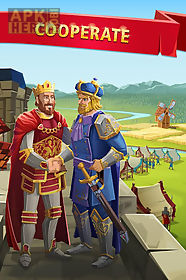 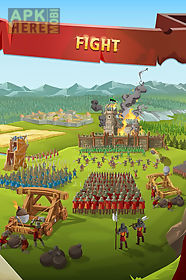 Empire: four kingdoms game for android description: Become a mighty emperor of the four kingdoms in thisaward winning medieval mmo strategy game!
Prove your skills in a game that combines tactical pvp combat with strategic empire building and resource management.
Collect produce and trade resources to build up your castle and expand it into a mighty fortress!
Recruit a powerful army to conquer valuable territory and defend it against enemy attacks.
Form alliances with friends to defeat your opponents and fight epic battles against millions of players on a giant interactive world map.
Features: build and customize your very own medieval castle forge powerful alliances and crush your enemies in epic pvp combat plan strategic battles with over 50 different units and tons of weapons produce and trade resources to construct more than 60 different buildings chat and strategize with friends in a huge community with an active online forumthis medieval strategy game will transport you back to an age when power was everything and only the strongest survived.
Prove that you 39 ve got what it takes to be the mightiest and most glorious lord in all the land!
Problems questions: support.
? Lang en g 16forum community: en.
Board.
Empirefourkingdoms forum.
Phpfacebook: https: empirefourkingdomsgeneral terms and conditions: https: terms en termsprivacy policy: https: terms en privacy mobileimprint: https: terms en imprint this app is completely free to play.
Additionally it offers optional in app purchases.
This game requires an internet connection.
Download Android 4.0+ Empire: four kingdoms.apk | 58MB