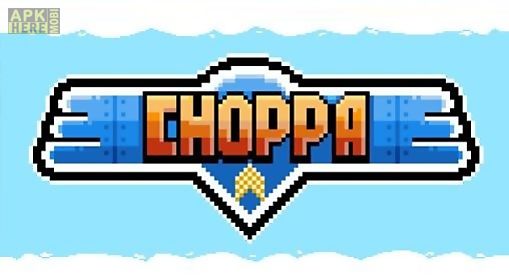 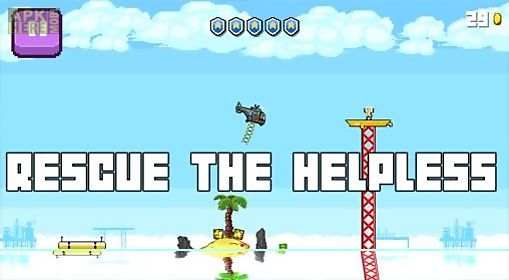 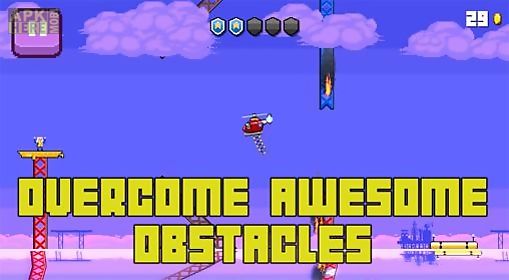 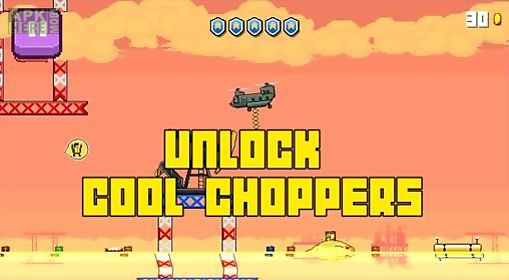 Choppa game for android description: Control a rescue chopper.
Fly over oceans go around various obstacles save sailors and other people in distress.
In this game for android you are a coast guard pilot.
Your task is to rescue the victims of shipwrecks and accidents occurring on the oil rigs.
Fly your helicopter at full speed.
Move it up and down to avoid collisions with high towers and other hazards.
Pick up people whove gotten into traps.
Unlock new helicopters.
Game features: retro graphicsgreat musicdifferent helicoptersabsorbing tasksuseful bonuses
Download Android 4.1+ Choppa.apk | 43MB 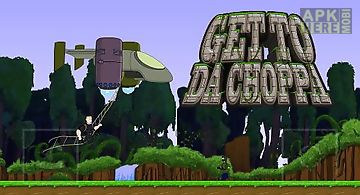 Get to da choppa
Guide a brave special forces soldier through levels full of enemy soldiers. Destroy all on your way using different weapons. With the hero of this game for.. 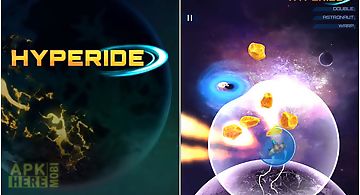