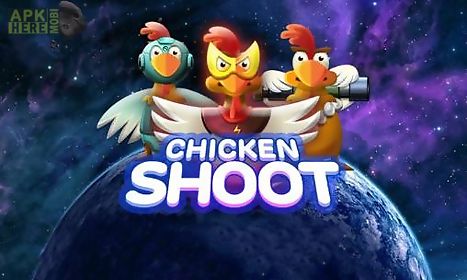 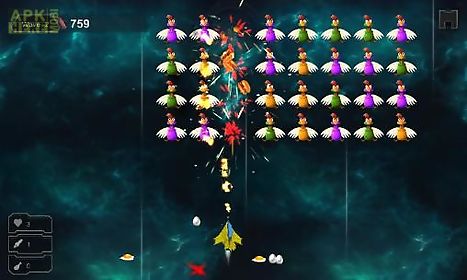 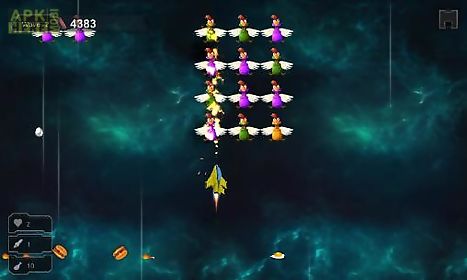 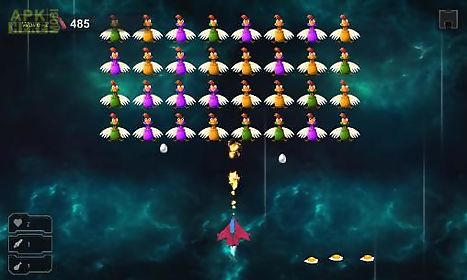 Chicken shot: space warrior game for android description: Save our planet from space chicken.
Destroy aliens and dont stop shooting your guns.
Get ready for endless battles with chicken who come from the outer space.
In this game for android you are the pilot of a space fighter.
Move your ship from side to side and do maneuvers to escape from dangerous cosmic eggs.
Each hit your ship takes makes you loss life.
Collect bonuses destroy the invaders and unlock new ships.
Game features: many interesting levelssimple controlsdifferent spaceshipsevil space chicken
Download Android 2.3+ Chicken shot: space warrior.apk | 24MB 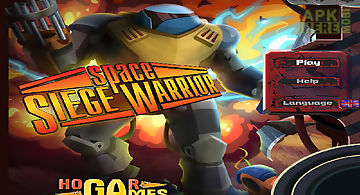 Space siege warrior
Cosmic war broke out between the planet and many space stations have been a certain degree of damage. If you continue like this the earth will be faced wit.. 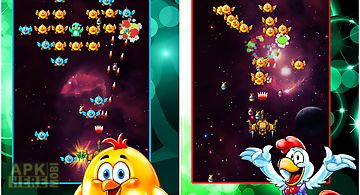 Chicken shooter: space defense
This is a classic shoot 39 em up game. Your task is to save the galaxy from the hordes of attacking chickens. You will take control of a lone spacecraft an.. 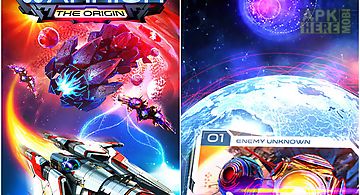 Space warrior: the origin
Control a battle space ship. Reflect the attack of a huge space fleet from evil aliens. Become the best space ace among people in this dynamic android game.. 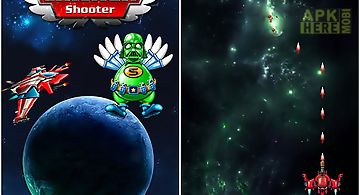