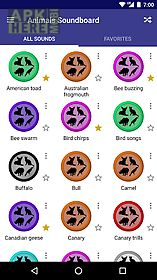 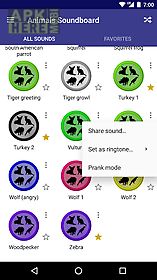 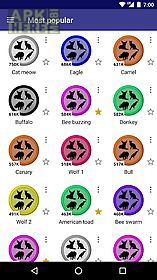 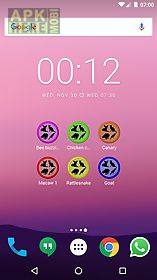 Animals soundboard app for android description: Animals soundboard contains more than 120 sounds of different animals so you can listen to them at any time without a data connection!
Want to show your child the sounds of animals? Maybe play with your pets? Or maybe you 39 re just searching for some animal sounds? Whatever the reason you have you will get a nice collection of many sounds: cats dogs sheep macaws bees canaries chickens cougars crows elephants pigs goats hawks horses lions tigers mosquitoes vultures foxes wolves turkeys and many more!
Apart from playing them you can also do the following: define a set of sounds as favorites so you can access them quickly.
Define them as notification phone alarm or contact ringtones.
Send them through whatsapp e mail or mms.
Add sounds as widgets on the desktop.
Play random sounds.
Use the prank mode.
The sound will play when you (or another person or pet) move your phone.
Permissions explanation: photos media files: to be able to set ringtones contacts: to be able to set ringtones for specific contacts (we don 39 t do anything more with your contacts!
) In app purchases: if you wish you can donate to the project and remove the ads
Download Android 1.9+ Animals soundboard.apk | 6MB 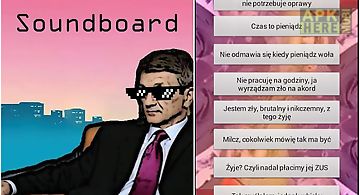 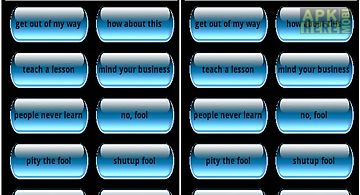 Mr. t - soundboard free
This is a version of the mr. T soundboard. With bug fixes so that it does not crash. Props to mr. Com. Clearandvalid. Soundboardfor providing the source co.. 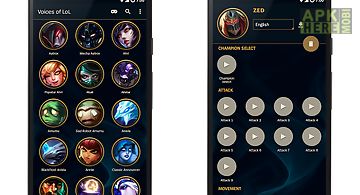 Voices of lol - soundboard
Get your favorite champion quotes from the biggest moba league of legends in 17 languages! Get to know better the champions you love with all the quotes th.. 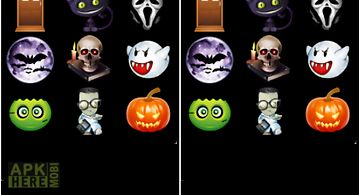 Horror halloween soundboard
Horror soundboard is a great app with super scary sounds and funny images. Check it out and make a prank to your friend! Great for halloween or parties! 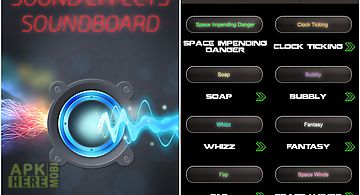 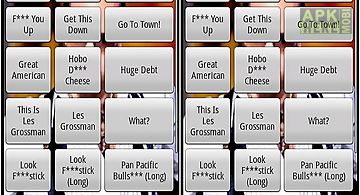 Les grossman soundboard
This is a simple soundboard for the les grossman character played by tom cruise. All of the current sounds are taken from tropic thunder and the mtv awards.. 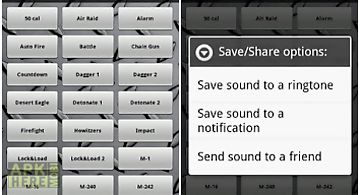 Pocket full of arms:soundboard
military soundboard containing 39 gun and other weapon sounds that can also be saved as ringtones. Long press any sound to save as a ringtone or send the .. 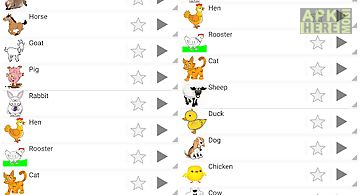 Farm animals
Perfect app for children to hear the sounds of all the farm animals and also to see images and pictures of the different animals. You can hear a dog barkin.. 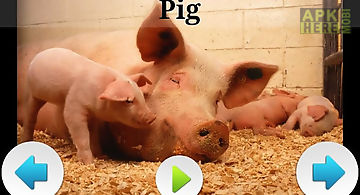 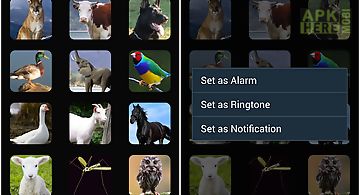 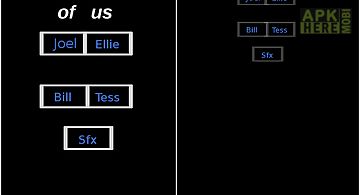 Last of us soundboard
Contains quotes for the video game the last of us from joel ellie bill and tess for now with some sound effect sounds as well will add more as requested. T.. 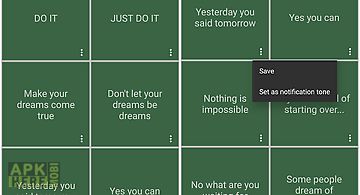