4 in a row king for Android 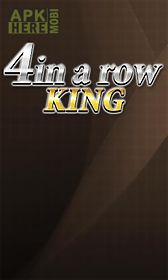 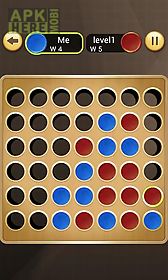 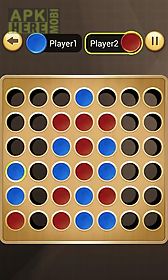 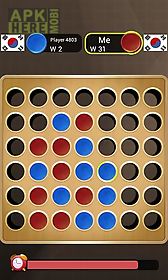 4 in a row king game for android description: Try to make an unbroken row of 4 balls.
The balls fall from the upper part of the screen and are placed in the cells of the board the size of which is 6x7 cells.
Consider your moves trust your logic foresee the moves of your opponent and win in this android game.
Tap the screen choose the column where the ball will fall.
The ball falls onto the lower row or until it meets an obstacles such as another ball.
To win in this game you need to make a vertical horizontal or diagonal row of 4 balls.
Download Android 2.3+ 4 in a row king.apk | 5MB

Related Apps to 4 in a row king 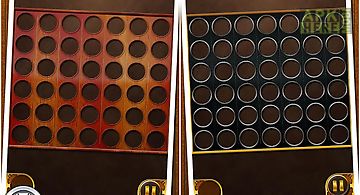 4 in a row 2
4 in a row 2 is a premium hd graphics version of the famous 4 in a row. Also known as four up or find four 4 in a row is a simple yet challenging game to m.. 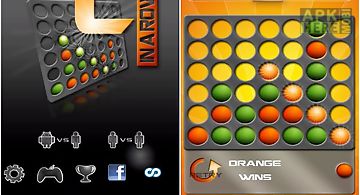 4 in a row
4 in a row is a simple but challenging puzzle game. The goal is to connect a line of four horizontal vertical or diagonal discs before your opponent does. .. 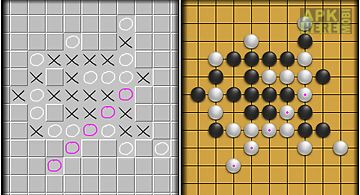 Five in a row
Classic game also known as gomoku or tic tac toe (or pi kvorky in czech). 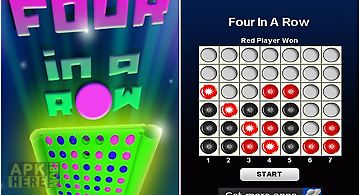 Four in a row classic
4 in a row is a classic strategic game. The goal is to get a sequence of four horizontal vertical or diagonal discs before your opponent does. In this conn.. 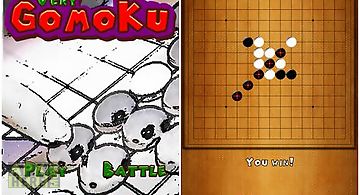 Very gomoku - five in a row
Gomoku is popular all around the world. It is an abstract strategy board game. Also called gobang five in a row and luffarschack. It is traditionally playe.. 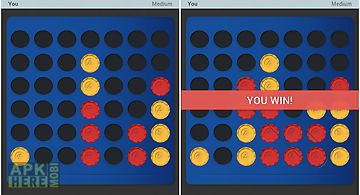 Four in a row - classic games
Connect 4 pieces of your colour in a line before your opponent. The popular game is now in your hands every time you can spare a moment for a challenge or .. 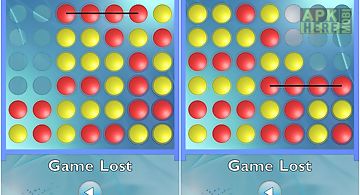 Four in a row by toftwood games
Be the first to get four counters in a row to be crowned four in a row champion. Dropping counters into rows of four... Cant be that hard can it? Actually .. 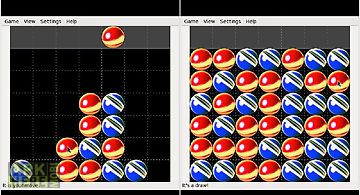 Uni4row “4 in a row”..
Uni4row is a challenging puzzle game whose goal is to connect a line of four horizontal vertical or diagonal discs before your opponent does. When running .. 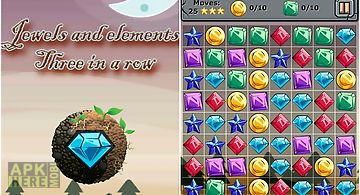 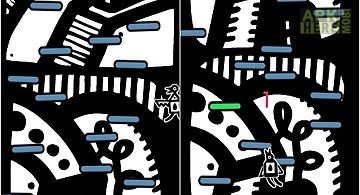 Ups and downs doodle and 40 game..
Are you a fan of doodle jump? Then try ups downs for the same kind of refreshing fun! Jump higher each time avoiding enemies while using platforms to prope.. 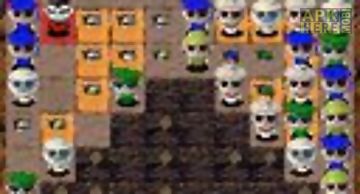 Dark nights and 40 games
Zombie vampires and grim reapers what more could a fan of the supernatural ask for? In this match 3 game remove the zombies from the playing field by linki.. 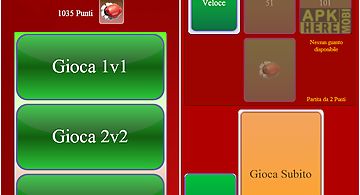